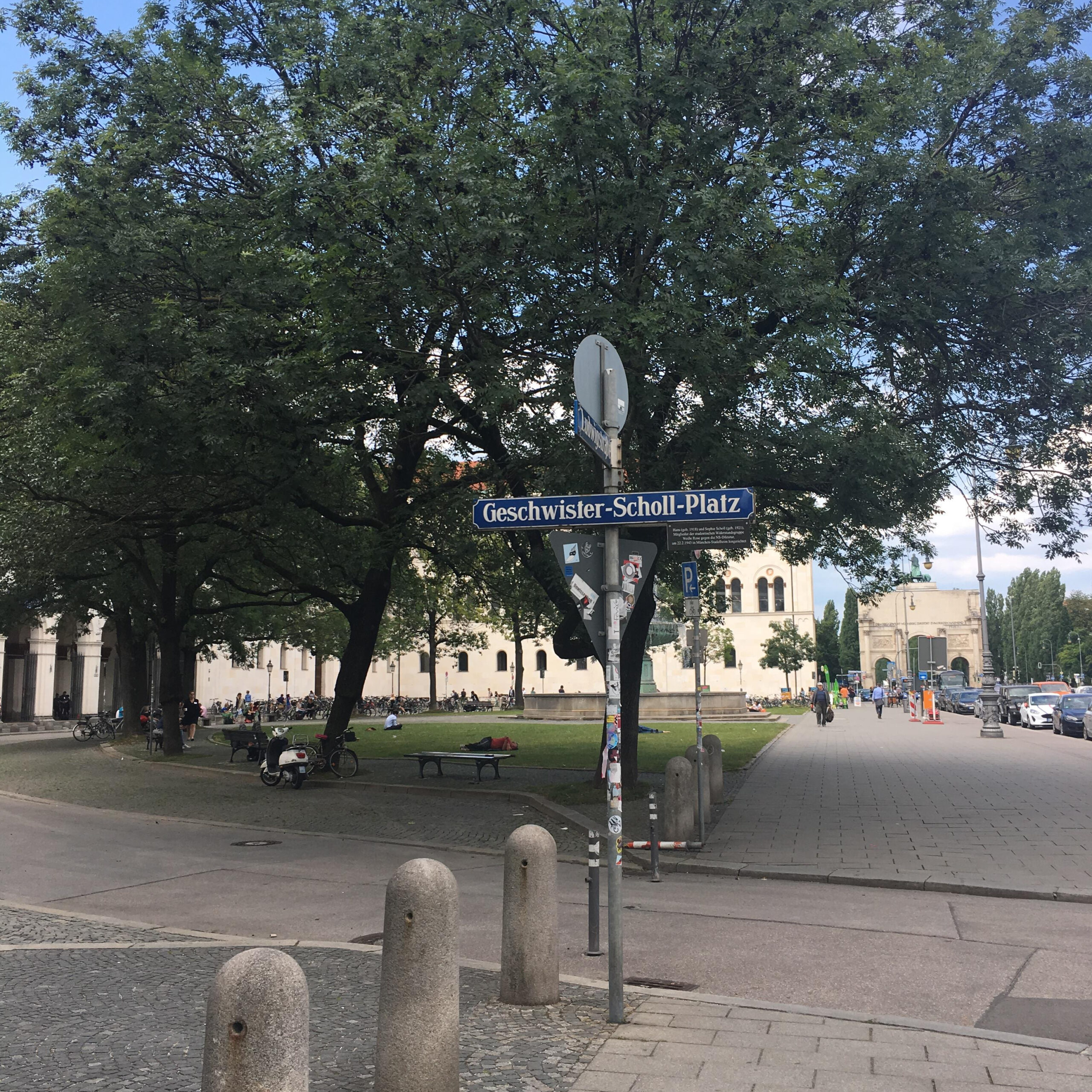 We’re in the final stages of putting together the exhibition, ‘The White Rose: Reading, Writing, Resistance’. This will run from 12-31 October in the Voltaire Room of the Taylorian. It will present information on the members of the White Rose and their resistance activities, as well as examples of literature which influenced them to oppose Nazism. It is free and open to Bodleian card holders. There will be a launch event on Friday 12 October. Details on the poster below. 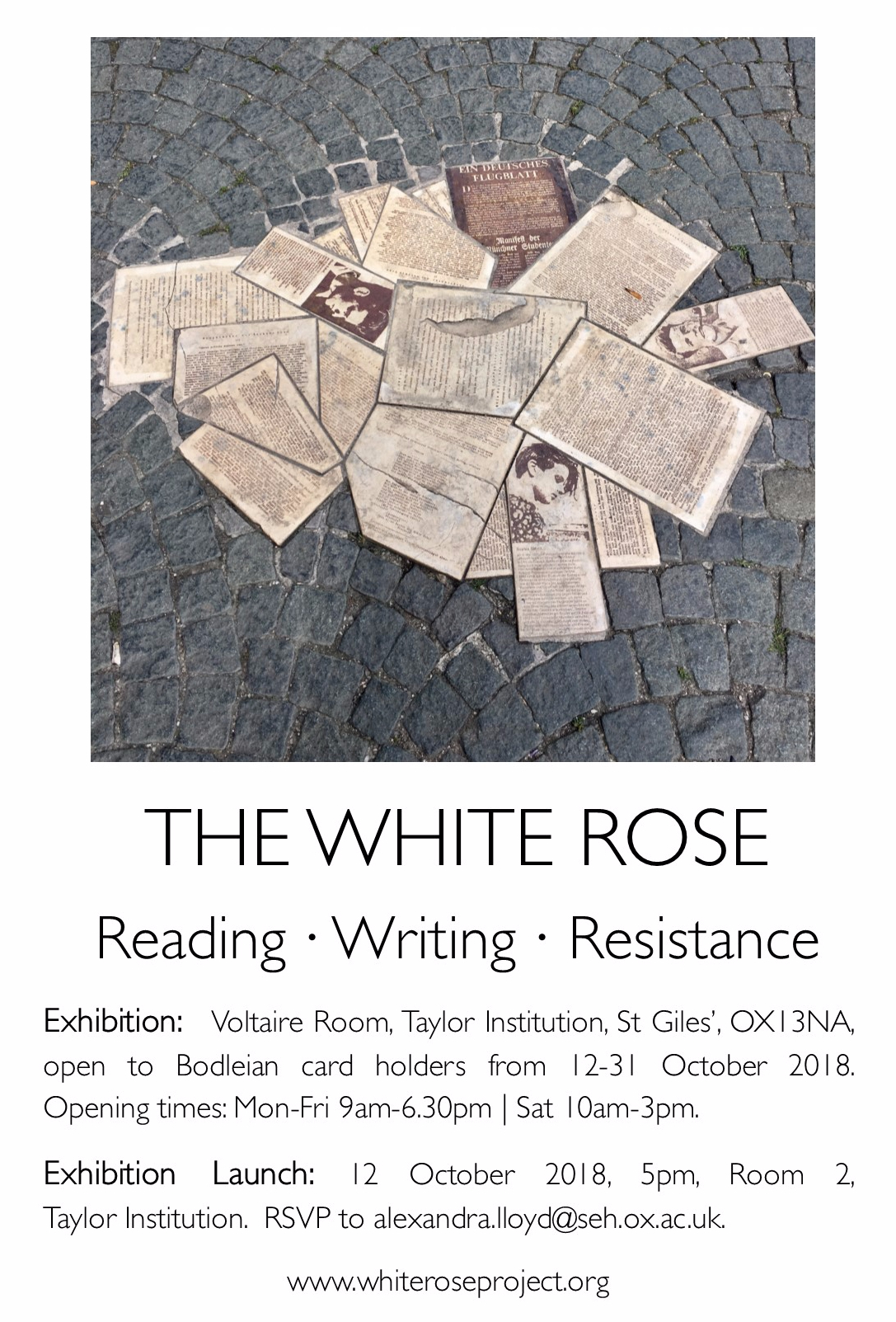 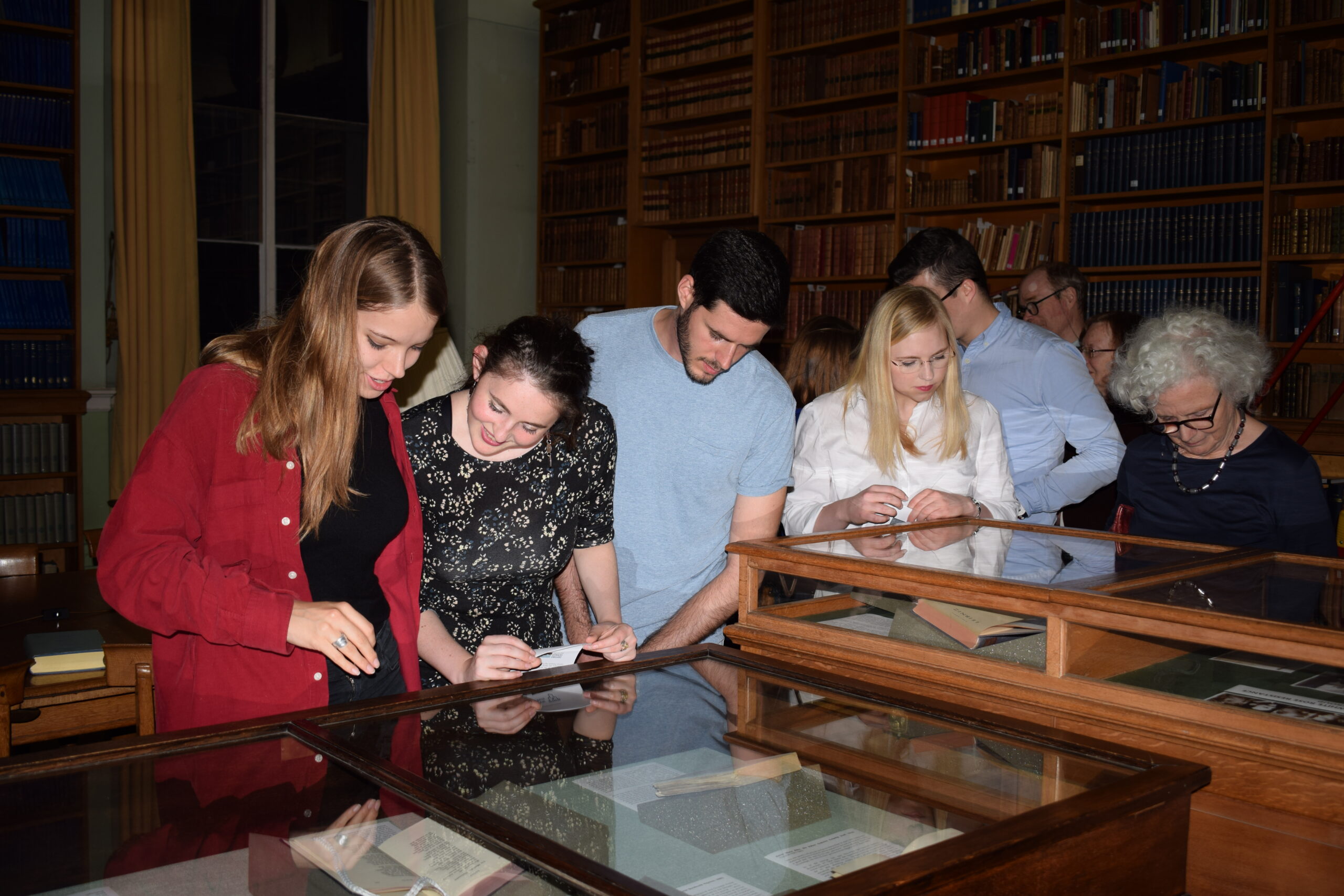 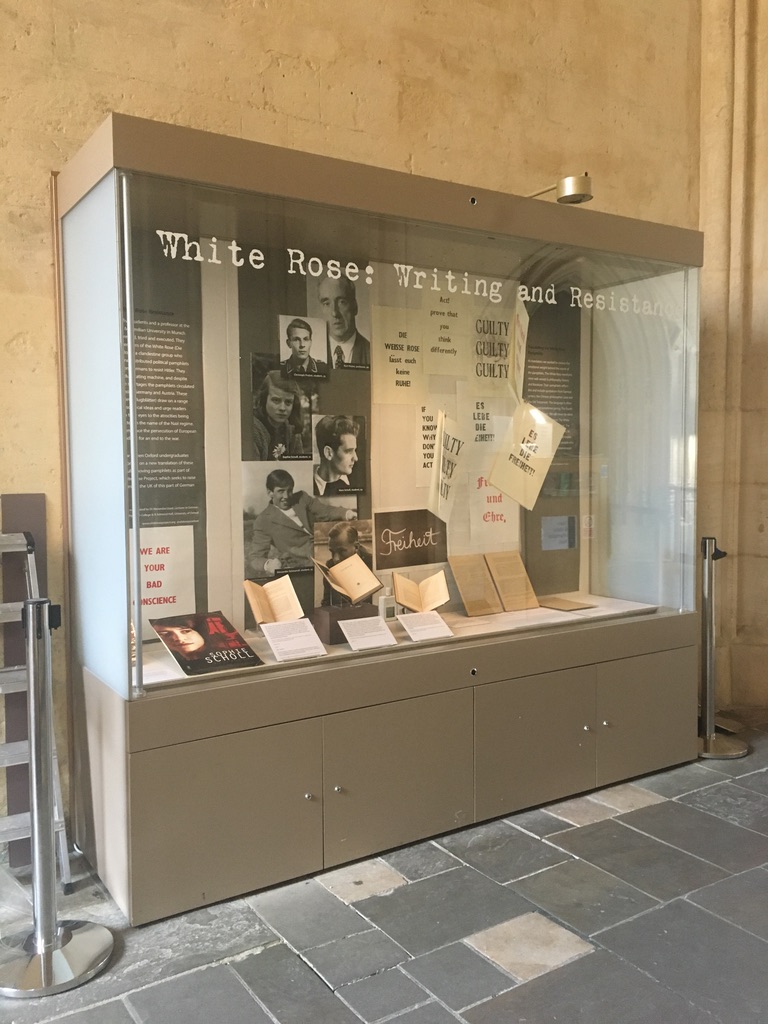